Tadhg McSweeney was a self-taught artist. He studied in the National College of Art and Design, Dublin, between 1959 and 1960, and later studied printmaking techniques, such as etching and silkscreen printing in London. He exhibited at the Royal Hibernian Academy, the Oireachtas, Group 65 and the Independent Artists annual exhibitions, and had fourteen solo shows in Cork, Dublin, San Francisco, Hamburg, Killarney and London. He passed away on 29 August 2018, aged 82.

This is his artist statement of 2012:

"I paint mainly in oils and watercolour, with occasional fresco work. I studied fresco painting in Italy from 1984  to 1985; I studied the Fresco Buono technique of painting on wet lime plaster using pigments and water only. I am a figurative painter, and my work includes: landscapes, urban cityscapes, seascapes, still-life, portraits, etc. as well as murals (fresco). All of my work is of something I’ve recently experienced –  my inspiration comes from the environment as I experience it and I prefer to work from memory, using pencil sketches. This method gives me the freedom to express my original vision without being impeded by irrelevant details; I can focus on the essentials of the particular vision and experience. The only exception to this is portraiture, as I need to work directly from the subject.I am interested in exploring the language of painting in itself (in various painting media and print media), in seeking the fullest range of possibilities in that language, and not merely limit myself to one aspect of that language, such as abstraction or illustration, both valid in themselves, but yet merely aspects of a universal visual language, that includes all possible visual experience. Scale is important to me, each subject “demands” its’ own size and scale. A particular theme will not “work” at a different size or scale. Also it seems to me that the seeming banal and trivial is, and can be, as valid a subject as the most profound. Colour is also very important to me. It is a language in itself, only now being gradually explored by artists and scientists.Though I work mostly in oils and watercolours, I also work in various print media, including woodcuts, silkscreen printing, etching, etc., and I am at present designing a visual book (limited edition) using modern print technology. Recently I began painting with acrylics again, after some years of not using them as a paint medium — I usually use acrylics as a medium for making water-based silk-screen prints. I sign all my work with my Irish Signature T. McSuibhne.I have always been interested in printmaking, and I do limited editions of woodcuts, etchings and silkscreen prints. I am now (2012) changing from traditional etching methods to electro-etching, which is toxin-free. Also I am changing to water-based inks for screen-printing, as solvents used with oil-based inks are now considered a health hazard. I sometimes paint frescoes — a medium I first began using in 1985, and which is also one of my favourite media. Fresco is a process of painting on wet lime plaster, using pure pigment mixed with water only. The pigment becomes an integral part of the plaster — this differs from other forms of painting, where a layer of pigment mixed with a medium is painted on a primed surface. I have included some frescoes in the Watercolour section, from occasional frescoes I have painted. To me, both media though very different, have a similar “look” and “feel” -  both have the same freshness and luminosity and vitality of colour etc.I am at present (2012) living and working in the countryside, but urban themes and the sea etc also inspire me. Light to me is the key to painting, and if I move to another locality, it may take a day or two to adjust to the light in that place, and only then can I paint in that place. I have come to regard the creation of works of art as a form of research into the visual experience of the world. That is the view of the scientist in me, but there is also the poet, in me and in everyone, and all forms of visual art are the equivalent in visual terms of poetry and music. They are, also, of course, unavoidably expressions of the artist’s present, at the time of their creation, emotional/psychological state and the state of the world. They may even have elements of prophecy in them, for the artist is unconsciously picking up what lies ahead.I think integrity is, perhaps the most important trait in an artist — being true to one’s own vision regardless of everything is the only way the work can have validity or meaning — otherwise the work is only the echo of someone else’s work, and one becomes only the shadow of somebody else. If I may quote Emerson: “Nothing is at last sacred but the integrity of your own min”.” 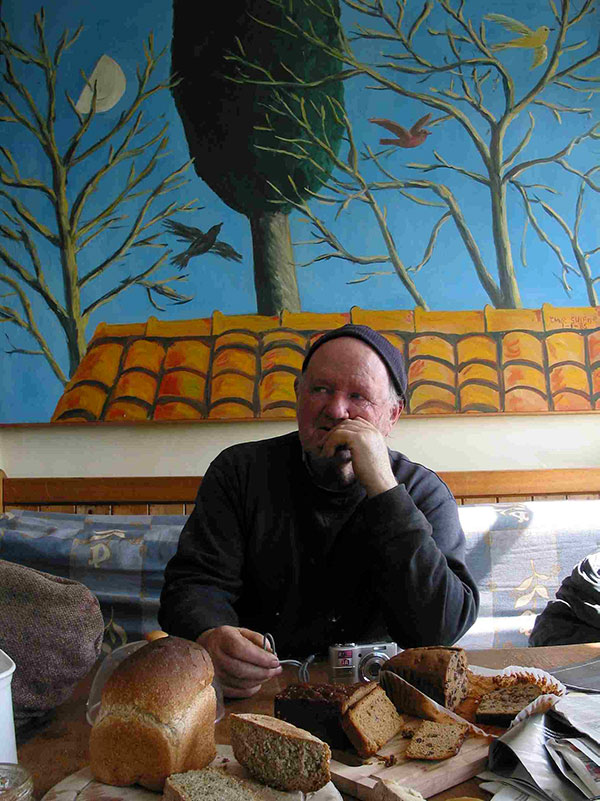 From 1965, Dublin
Several solo exhibitions, as well as group shows, such as The RHA, The Oireachtas Art Exhibition, Group 65 and Independent Artists

1986 – 1990
Lived and worked in London: two solo exhibitions during this time

2014 London
Out of Nowhere, Solo Exhibition of oil paintings, watercolours and prints, The Embassy Tea Gallery, Southwark, 15 April – 4 May